‘Tis the season for mince pies, stollen and foie gras. Also, books. Books are great gifts to give and most likely someone you know will also end up receiving one. Failing that, perhaps you will receive a voucher that can be exchanged at your local paper-based emporium for 50,000 hand-crafted words.

When it comes to tech, there’s a deluge of topics to discuss from automation, quantum computing, industry 4.0, video streaming, gaming, 5G, smart devices, the cloud…

I could go on, but mercifully I shan’t.

What I will do, however, is highlight some of the recently released tech books across a diverse range of topics that are enthralling reads – no matter what your particular interest niche may or may not be.

Accessible yet detailed. New ways of thinking. A different angle. All these elements combine to create an essential read.

So, without further ado, here are some of my favourites from 2020.

Scott Galloway is now a three-time published author, the current Professor of Marketing at the New York University Stern School of Business, co-host of the Pivot tech podcast alongside Kara Swisher and founder of digital intelligence firm L2 Inc, which was sold to Gartner Insights for $155 million.

Substantial chops then, and when it comes to analysing the big four – Apple, Google, Facebook and Amazon – during the Covid-19 pandemic, he’s who I turn to for razer-sharp analysis.

The main theme here is the pandemic acting as an accelerant of trends. Dynamics in society that were already on the ascendancy have now gathered speed a quicker pace. Make no mistake, it has created giant rifts in business, tech and culture.

It took Apple 42 years to reach $1 trillion in value and just 20 weeks between March and August 2020 to accelerate from $1 trillion to $2 million. In a crisis, there is an opportunity. Post Corona is filled with bleeding-edge opinion, backed up by insights such as this.

But best of all, not only are you delving into the mind of a seasoned tech industry veteran, it’s never dull. You never get bogged down in statistics. There’s real character oozing from each page. It’s like reading a Jeremy Clarkson column in The Sunday Times if the topic was tech investments and not cars – and that’s a very good thing.

Sarah Frier – No Filter: The Inside Story of Instagram

Bloomberg journalist Sarah Frier’s book that chronicles the rise of the world’s favourite image-based social media platform isn’t your cookie-cutter rags-to-riches story. Which is exactly why it makes this list.

Putting those expert investigative tech journalist skills to good use, Sarah speaks to those who worked for Instagram, charting the rise via growing pains from the horse’s mouth, so to speak.

From zero to over one billion active monthly users, a sale to Facebook and then a tense departure of the founders in 2018, the nitty-gritty is all here. Apart from Mark Zuckerberg, but that’s to be expected somewhat.

As the book highlights, in Japan, there is a word for the current Instagrammable design movement: Insta-bae. The more insta-bae something is, whether it’s an outfit or a sandwich, the more socially and commercially successful it has the potential to be. This is more than just an app, it’s a movement.

If you can stop scrolling for a few minutes, this book will help you understand the context behind your addiction.

Rob Bernshteyn – Smarter Together: How Communities Are Shaping the Next Revolution in Business

Senior Consultant at Tyto, Hannah Thompson had these thoughts:

The Economist once wrote that the world’s most valuable resource is no longer oil, but data. Over recent years, we’ve seen increased access to data fundamentally change the way many companies operate. With such a vast amount available, many organisations have implemented AI and machine learning tools to crunch the numbers and gain valuable insights.

However, many businesses are only looking at their own data. But what if they weren’t? Instead of hoarding data, what if businesses were sharing it with each other?

While it might sound counter-intuitive to share information with your competitors, Coupa Software CEO Rob Bernshteyn argues in Smarter Together that pooling data can bring huge competitive advantages.

The book makes the case for ‘Community Intelligence’, a future where businesses willingly share anonymised and aggregated data with a wider pool of companies. The book explores all the avenues where this kind of ‘Community Intelligence’ can help – whether it’s uncovering fraud, benchmarking your company’s performance or identifying opportunities for improvements.

Reed Hastings and Erin Meyer – No Rules Rules: Netflix and the Culture of Reinvention

Perhaps you’ve already heard that the culture at Netflix is different, but it’s not just different, it’s mind-blowingly offbeat. In this book, the CEO and Co-Founder, Reed Hastings, explains the highly successful and pioneering culture strategy that it has implemented.

You may have heard of some elements elsewhere, such as having no rules for the number of holidays or even travel expenses. But then there are things which are astonishing: Netflix doesn’t have a top-down decision-making approach. Instead, all employees have access to all information to make their own decisions, even to information which is very sensitive for a publicly listed company. Managers expect that each employee makes their own decisions. Without approval. Even if it’s about a seven-digit-budget.

And there is more. Netflix doesn’t think of their employees as a family, rather as a professional sports team. If there is another player on the market who could do a better job than the current one, then they are happy to offer a settlement and hire the better option. You don’t have to agree with this approach, it can be extremely savage and it’s in most European countries a tricky approach anyway.

It’s inspiring how radical their approach is and it will be interesting to see how much other businesses follow Netflix’s lead.

Joost Van Dreunen – One Up: Creativity, Competition, and the Global Business of Video Games

I’m going to go out on a limb and say something that’s quite controversial. Video games are art. Now, even avid video game fans are quick to fire a rebuttal my way about this. But stop to think about it for a second. For a lot of story-driven games, art needs to be created, drawn by hand or digitality, for the characters, areas and themes. Every element of the game needs to be fun and engaging, and for that, you need extraordinary creative talent. Some stories, such as that in The Last of Us, have left me bordering on tears. If film and poetry are considered art forms, and they rightfully are, then so are video games.

They just get a bad rap from those who are risk-averse or for relying too often on violence. But the last time I checked, Dante’s Inferno is hardly a Peppa Pig episode.

Joost Van Dreunen’s book highlights first and foremost the creativity required to form unique video game experiences, a fact often overlooked. But thankfully, not here. Then it looks at the cut-throat competition amongst rival video game developers, publishers and platform holders, before discussing just how big the industry has become.

To this point, in 2018, revenues amongst the top three console manufacturers – Nintendo, Sony and Microsoft – reached $35 billion, a new record. The death of console gaming that was predicted by many analysts seven years ago was way wide of the mark. This is alongside the booming mobile game and PC-based revenues too. Quite simply, more people than ever are playing games and a whole generation now exists who place video games as more important than films.

Reading this book will help you understand some of the reasons behind such trends.

Right, I’m off to play a round of Fall Guys. Merry Christmas!

Last year we also looked back at 2019’s best tech books, all of which are still an interesting read this year too.

La French Tech – A look at the French tech media landscape
Learnings from Gaia-X: 5 things US cloud brands should consider when doing PR in Europe 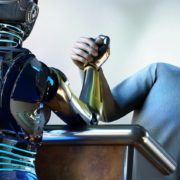 The tech sector may be at war, but the peace can still be won
The best tech books to read this Christmas 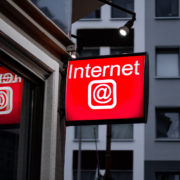 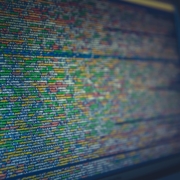 Gaia-X: Europe is building its own cloud infrastructure
Imposing borders in a global tech economy: how the PR industry needs to change to support the next generation of tech-driven businesses
Why times of crisis call for entrepreneurship as much as government support
The gender gap – why women’s influence has diminished in 2020

How Europe’s media landscape has changed after a year of Covid-19 and remote...
Scroll to top