From keynotes with star investor Ashton Kutcher to humanoid robots, OMR 2022 delivered what it promised and treated our consultants Tea Crnković and Noëlle Bölling with two brilliant days at the biggest event in the German marketing industry. Here are their impressions.

We may work remotely, but the pandemic has turned the last two years completely upside down for us, too. When was the last time we were at an event? Honestly, we can hardly remember! So, it was all the nicer that OMR finally opened its doors again this year at the Hamburg trade fair and the two of us could be right in the middle of it. After the event had been held online only lately, the organisers of OMR 2022 seemed keen to come back with a loud bang and sold 70,000 tickets – more than ever before!

Getting inspired by clients, authors… And robots!

Admittedly, it felt very unusual for us at first to see so many people at once. But this feeling quickly disappeared as soon as we were able to meet clients and journalists to have a coffee and chat. After two years during which we could only talk to each other via email, Slack and Zoom, it was high time to face each other again in person. For example, together with Kathrin Leão Mossmann from our client Workato, we had the chance to attend the inspiring talk by journalist and TV host Markus Lanz and the well-known author and philosopher Richard David Precht, who discussed the future of work, or to experience Yvonne Teufel and Michael Witzenleiter from another Tyto client, Conversion Maker, live on stage.

Two topics that took up a lot of space were the metaverse and NFTs. Both have long since arrived in the marketing world and will play a key role for brands in the future, even if they are still in an experimental phase at the moment. Soon, however, they could have the potential to replace classic status symbols.

Tea also had the chance to have an in-depth chat with robot Ameca and even teach it something new. The AI-controlled machine was very interested in her outfit. Only the colour of her jeans was a matter for discussion. Beige or white? Ameca thought the light in the hall was too poor to judge and thanked Tea for enlightening it.

The future is remote – and we’re already there

What I found particularly great was meeting journalists. I have known Niklas Lewanczik, for example, who works as an editor at OnlineMarketing.de, for years – but so far only by email. After we had already discussed so many exciting topics, exchanged thoughts about holidays and music, I was finally able to talk to him at OMR. He told us about all the people he has already had the pleasure of meeting, being most enthusiastic about Asher Rapkin, who is Director Global Business Marketing at Meta. With the help of the Oculus Quest 2, he gave Niklas an insight into what the world of work could look like in the future. This was also very interesting to us, because everyone at Tyto has their own Oculus, which we also use occasionally for VR meetings – or to play a round of miniature golf.

In general, we noticed that hardly any of the topics discussed at this year’s OMR were new to us. While big telecommunication companies like Vodafone were still talking about how to put remote work into practice, we have been living this working model for years. For us, the two days in Hamburg were less a journey into new worlds than a confirmation that we are already living the future today – and that, when it comes to new technologies, Germany is perhaps a little further behind than we thought.

Could Covid-19 be the start of a new chapter for industry events?
Tyto launches New Horizons: A series of online events and podcasts for business leaders adjusting to the present and preparing for the future
High-profile news announcements – how to prepare, manage and conquer them 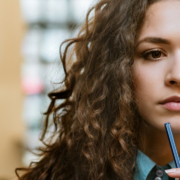 Why strong brands need marketing leaders not consensus builders
Why success with German media is a question of patience and empathy
My location-agnostic PR agency life | Ghita Sebbar Why fully remote work advocates have more in common with Elon Musk than you...
Scroll to top