“Why isn’t s/he answering?”

“Will s/he really call me back?”

“I think I messed up, I should contact him/her and make it right!”

“OMG s/he really replied to me!”

We are just a few weeks short of the infamous first annual anniversary of the first lockdown in France at the very beginning of the pandemic last year. So, I figured it would be an appropriate time to reflect on how this situation has impacted us – as an industry – but also, of course, as individuals. However, it’s also a great opportunity to go back to basics and think about what we’re doing right and what we still need to improve on as an industry.

It’s no surprise, but worth still putting it out there nonetheless – PRs and journalists have a love/hate relationship. Though we need each other, we’ve arguably never really found the perfect balance to work in harmony.

In France especially, this paradigm is stronger than ever. According to a recent survey by Cision, 20% of journalists feel unsatisfied by their collaboration with PR people – and who can blame them? Put yourself on their shoes for a second. You’re on a tight deadline (if not several) and you’re being bombarded by emails and phone calls from people trying to sell you stories left and right; stories that could be totally irrelevant to you.

What’s more, unfortunately, journalists haven’t been exempt from the effects of the pandemic and have suffered on several levels. Partial unemployment, temporary closures, shift to part-time contracts, the list goes on. Everything possible has been done to ensure business continuity. As communications professionals, it has, therefore, also affected the way we work with journalists and the latter’s expectations when it comes to working with us.

The relationship is not doomed, however. Not only is there no magic recipe for love, but there also isn’t when it comes to PR. Despite this, there are a few things you can do to make communication with the media as enjoyable and seamless as possible. Here’s a few tips to try and win over that journalist you may have had your eyes on for a while.

Get straight to the point. Editorial teams have been shrinking quite a lot for some years now, and the current crisis only exacerbated the situation. This means there is far less time to spend on chit-chat. Journalists don’t have time to listen to you rambling or read through a hefty email. Ideally, pitches should be no longer than the equivalent of a couple of tweets, or one idea/subject per tweet. This gives a concrete frame and provides a sense of restraint.

Difference is key. Journalists receive dozens of emails per day, if not per hour. This means you need to make yours count. The mail subject is a good place to start but of course, though your content and proposition are what really matters – i.e., being specific about the reason for reaching out to that journalist. Do you have news tailored to him/her? Has there been a major update in the market? Is it an offer he can’t refuse? Make these points apparent early on. Don’t oversell yourself, but make sure you’re highlighting your best argument straight away.

…and sometimes crucial! Even though Covid-19 and its repercussions are at the heart of most conversations these days, it’s also become clear quite rapidly that everybody wants to hear about literally anything else. Journalists are no exception and frequently make this quite clear. Even when the situation looked like it was clearing up and media seemed open to broader stories, they would still prioritise articles somehow related to the current crisis. Their openness, however, was still encouraging, even in the long term.

Don’t be insistent. As mentioned, journalists have little to no time. They manage their agendas tightly, minute by minute. You can’t just barge in and impose yourself. If they say no, move on. If they say they need some time to consider a story, give them the space. Don’t be THAT PR. Also, remember that it may be a “no” for the story you’re pitching, but you may receive a “yes” down the line when the time is right.

Location, location, location. Well, localisation to be precise. If you’re talking to French journalists, you need to provide them with French information – insights, figures, latest news etc. You need to speak their language if you’re hopeful for an answer! Of course, your messages must not only be incisive and cutting, but they also need to provide concrete information, which is enough to make the journalist want to know more. As you’re taking the first step, you need to make it count for them to want to take the second one.

Drop it like it’s hot! Hot news is still critical. You have something to share? Great! But don’t jump the gun and think first about who would be most interested and relevant. Exclusives are not as common in France as they can be in other countries. But an embargoed story is, and some journalists still want them for themselves. If they’re worth it, let them be the only one to have the news.

You’re only human. This is OK, and journalists are too. Even though people don’t have time for a chat anymore, sometimes they just can’t help it and want to chat. So, don’t be afraid to do so, and, most importantly, listen to what you’re being told. Not only will you gain a lot of information from a conversation, but you will both have a great time and can move on with your day in a good mood.

At the start of the pandemic, all you could see/hear/read in the media was about the pandemic itself and nothing else – with good reason! This crisis has affected all of us, on both a professional and a personal level. How could it therefore not be the sole topic under the spotlight? The role of communications professionals is not just to relay your clients’ news, but also, and fundamentally, to provide journalists with those stories that are worth telling.

Do keep an eye out for the next instalment in this series of articles, which will examine how the media landscape has shifted within Germany. Or go back and check out the last instalment on the UK here.

Gaia-X: Europe is building its own cloud infrastructure 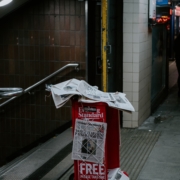 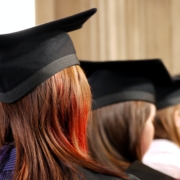 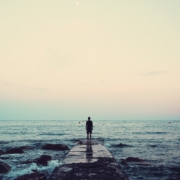 Tyto launches New Horizons: A series of online events and podcasts for business leaders adjusting to the present and preparing for the future 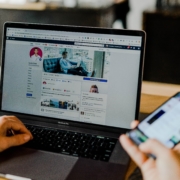 Learnings from Gaia-X: 5 things US cloud brands should consider when doing PR in Europe

Could Covid-19 be the start of a new chapter for industry events? 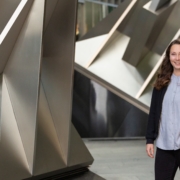 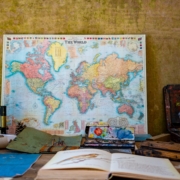 Translation vs. localisation – what’s the difference?
Seven things to consider when coordinating teams across borders

High-profile news announcements – how to prepare, manage and conquer them
Scroll to top