How Covid-19 has reshaped the influencer landscape

One year ago, I doubt anyone could have predicted how 2020 would have developed. Covid-19 has impacted every facet of our lives, both professional and personal.

The economy took a serious hit as a result of the restrictions imposed to deal with the pandemic, though thankfully we are starting to see green shoots of recovery as we enter the new year, not least due to the positive news that several successful vaccines have been produced.

And from compiling this year’s Tech 500 report, it’s clear that the virus has reshaped the influencer landscape as well. This year’s report is more comprehensive than ever, as for the first time we have tracked the top influencers in the French market and produced a combined Top 100 list of influencers across the key European markets of Germany, France and the UK.

The most notable change to this year’s rankings is that the influence of government figures and academics has demonstrably risen. 34 government officials or representatives made it into the list this year, the vast majority of them from the UK, and Britain’s health minister Matt Hancock came top of the overall Power List. Hancock previously ranked at 11th in 2019, and 20th in 2018.

Perhaps it is unsurprising that politicians and professors should feature so prominently in the listings. Covid-19 has generated huge amounts of political and economic uncertainty this year, especially during the start of the pandemic when we knew so little about this new disease. In an era of fake news and conspiracy theories, it is a positive sign that most people turned and listened to reputable sources of information to reassure us, help us understand what was happening and what precautions we should be taking.

Other developments have been less positive. For instance, gender diversity in the Tech 500 has diminished this year.

For the last three years, female representation in the Tech 500 has steadily increased, peaking at 34% in 2019’s list. This year, their share of representation among the top influencers has fallen to 28% in the UK, while in France 27% of influencers are women. In Germany, on the other hand, there was a slight increase from 18% to 19%, and three women made it into the German Top 10, compared to just one in 2019.

While female representation has improved in some sectors, such as FoodTech and AgriTech in the UK and SecureTech in Germany, the overall decline is troubling. Again, much of the blame likely falls with Covid-19: with schools forced to shut, it has been suggested that the burden of childcare disproportionately impacted working mothers. Clearly more needs to be done to champion women’s voices, and hopefully we will see this decline be reversed in next year’s report.

Looking at the mix of sectors present in the Top 500, some have fallen much more than others. For example, the number of FinTech influencers in the listings dropped by 33% in Germany and 34% in the UK. This change likely reflects the impact of Covid-19, which pushed the UK, German and French economies into recession. In times of economic turmoil, people are more likely to seek safety with the big traditional banks, rather than take a risk on a FinTech start-up. But with the economy set to recover next year, there is scope for the sector to regain some ground in the influencer landscape.

In contrast to FinTech’s decline, GreenTech grew its share of the Top 500 by 36% in the UK and 21% in Germany. This confirms a prediction we made last year that GreenTech would feature more prominently in the 2020 rankings.

Why has the influence of GreenTech grown? Partly because Covid-19 has gotten us to think more about our environment. Carbon emissions are down due to remote working and reduced air travel, and the pandemic proved that our supply chains and economies aren’t as resilient or as sustainable as perhaps we’d like them to be. “Build Back Better” became the rallying cry of politicians and activists everywhere in 2020. And now, with the end of the pandemic in sight, people are thinking about how we can harness the same collective energy used to tackle the virus and apply it to tackling climate change.

Clearly, the ripple effect of Covid-19 has been felt across the influencer landscape. Most likely, it will continue to be felt throughout 2021, and these trends may still be evident in future Tech 500 Power Listings. Download the full report, today. 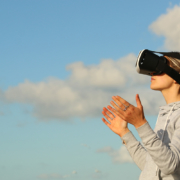